It’s been almost a decade since I landed at the JKF Airport in New York for the first time. It was a twelve hour flight that would take me from my small hometown in Uruguay, to what would then become my new home: New York City. My professional journey during this past decade has made me reflect on the process of integration as an immigrant psychoanalytic psychotherapist and as an immigrant psychoanalytic patient.

I believe psychoanalysis has a lot to contribute when it comes to thinking around immigration and integration. Integration is not only a phenomenon that the immigrant faces, but it is also a developmental achievement, one that involves the very difficult task of perceiving both the good and bad aspects of the self and the environment. When a process of integration is possible, our internal and external worlds become coloured, nuanced and more complex. The process of immigration - either forced or voluntary - is inherently disrupting and dislocating, it challenges one’s sense of identity integration.

The British Psychoanalyst Melanie Klein, whose work focuses primarily on the infant’s inner world, identified various defence psychic mechanisms that aim at protecting the infant from the anxieties triggered by the external world. Splitting, is a psychic mechanism in which the world is kept safely defined as either good or bad. This is a defence used to simplify our world and keep the “good” and “bad” aspects of ourselves and the environment separate. How is the phenomenon of splitting relevant to the immigrant experience?

According to Psychoanalyst Salman Akthar (1996), the immigrant trying to adjust and make sense out of his new environment, resorts to a “mine” and “yours” split. It is only by resolving this split that he can experience a sense of “ours.” Some immigrants tend to use splitting to protect themselves from intolerable emotions such as evoking the losses suffered by leaving the home country. If this splitting fails,  confusion and anxiety may emerge, the boundaries of the inside/outside, past/present, enemies/allies get blurred.

It is worth noting that the COVID pandemic has heightened this sense of confusion: When local governments issued stay at home orders for their residents, the word “home” resonates quite differently in the immigrant's psyche: What does it mean to stay home? Which home are we referring to?

The psychic mechanism of splitting can help us understand some of the underlying psychic processes informing racism and xenophobia, both painfully familiar to many immigrants. In his book Racist States of Mind (2016), Narendra Keval argues that projecting denigrated aspects of the self into another person or group gives emotional distance from the responsibility of thinking about these qualities in oneself. Splitting the other into “good” or “bad” is a way of expelling anxieties around sameness and difference, rather than processing them.

Dialectical Tensions in the Immigrant’s experience

1. The immigrant is “Neither from here, Nor from there”

According to the Argentinian analysts Grinberg & Grinberg (1989), even if an immigrant returns to his or her country of origin there is impossibility in a complete reintegration of his country of origin. The relationship to his home country upon return ends up being mediated by the migratory experience.

While trying to adjust to the realities of their new home, some immigrant communities create and transform public spaces that serve multiple psychically important functions. For example: places like little Odessa, Chinatown, or “El Barrio” in New York’s East Harlem serve as transitional spaces that are simultaneously “here” and “there,” “present” and “past”.

2. The immigrant’s nostalgia can be felt both bitter and sweet

The process of migration entails multiple losses and disrupts our contextual continuity. Immigration always involves a process of mourning. According to Grinberg & Grinberg (1989), Nostalgia can facilitate the immigrants attempt to establish links between our old self and new self, and provides continuity of our life story in the face of cultural rupture.

On the other hand, nostalgia can lead to the fantasy of a “lost paradise”, in which the person is unable to work through the process of mourning and neither the loss of the land and the integration to the new one are fully assimilated. This form of nostalgia leaves the immigrant suspended in an idealized future “when I return to my home country”, or longing for a past that felt “better”.

The experience of nostalgia can be particularly complicated for those who experienced forced migration, especially refugees who, due to circumstances of extreme violence, have been severely traumatized and do not miss their country of origin. Some refugees may need to be met with a supportive listener who can empathize with how bad, and not how good the country that has been left indeed was.

As Akhtar points out, over time, and with the security that their complaints are validated and recognized, a refugee might be prepared to bring into his full consciousness the opposite constellation of his attitude. The process of psychic integration in this case, would be to retain the patient's contradictory emotional attitudes in mind and gently demonstrate their co-existence.

3. Rebelling against not being recognized and becoming trapped in stereotypes

One psychoanalytic concept that may help us understand this dilemma is the one of “Anihilation Anxiety”. This term, coined by Hurvich in 1989, describes the terror that the self will be overwhelmed, will be engulfed by another, will cease to exist. Is the fear in which closeness to another person will threaten their independent existence. In the immigrant, this can be experienced as the fears of being “devoured” by the new culture. This process may arouse “archaic fears of extinction and loss of cultural identity”.

As a defense against these anxieties, coupled with experiences of violence and discrimination, the immigrant may collapse into hiding and find refuge in not being seen. As Tummala-Narra points out (2016), Interpersonal violence experienced by immigrants can evoke dilemmas concerning loyalty to one’s ethnic community and one’s sense of belonging in mainstream society and a disavowal of particular aspects of identity”.

Another psychoanalytic concept that can illuminate this dialectical tension is the one of The False Self. The term False Self, coined by British Psychoanalyst Donald Winnicot refers to the presentation of what one has learned is acceptable. The false self seeks to suppress individuality and molds itself to the needs of others. He elaborated this term in the context of child development and maternal care. He noted that if a child has not felt recognized and accepted as himself by the mother, the child becomes inhabited by the mother's fantasy.

We could say that in a similar fashion, an immigrant who is not recognized and nurtured by his host community, risks suppressing parts of his or her subjectivity, especially if his authentic self becomes a potential embarrassment and a source of anxiety. Integration in this case involves the capacity to tolerate and even feel comfortable in the position of belonging and at the same time not belonging.

4. The New Country can be both Welcoming and Rejecting at the same time:

The same country where us immigrants have forged new bonds and daily routines may be also be the place that does not invite us to stay. United States, for example, known as the “land of opportunity” while actively upholding the myth of meritocracy and one that has developed policies that actively excluded and neglected immigrants’ rights. The COVID-19 pandemic made this contradiction more evident: as an example, thousands of international students being evicted from their student dorms and forced to return to their home countries due to the transition to remote learning.

Some reflections on how to facilitate the process of integration:

It is vital to regard our experience and the one of others in non binary terms, considering the potential that exists in that space of neither from here nor from there. a place where both losses and opportunities can be processed. this is crucial for healing of immigration trauma. What would this look like in our day to day lives? I am aware this is a highly ambitious question. Some preliminary thoughts:

- To consider the fact that integration, as a highly challenging developmental achievement, starts in our minds. It is a safer developmental task to occupy social spaces of sameness, seeking safety around those who can mirror our needs and our familiar traits.

- Allow for spaces where mourning, splitting, and nostalgia can be worked through, It is a place that serves as a bridge between the past and the present, between one's native country and one's current home.

- While working clinically with bilingual immigrants, encourage them to express themselves in their native tongue, even if you don’t understand it. Allowing spaces for immigrants to share their lived experience in their mother tongue can serve as a crucial object for reintegration of affect and emotions that may have been split off.

- Reflect on the institutional practice of matching immigrant service consumers with providers with the same ethnic identity. While ethnic matching of a patient and a provider of the same background can facilitate a sense of safety, if ethnic matching is done systematically and without reflection, we need to wonder: is the pull for ethnic matching coming from a place of genuine interest in the immigrant needs or could it be a defensive strategy of the dominant culture to avoid confrontation of differences?

The process of integration (which etymologically means “to make whole”) is a lifelong process. We cannot be whole -integrated- when we are forced to split. Let us dare to inhabit the “in-betweeness” of cultures, languages, two realities. That, to me, is the most difficult yet rewarding challenge.

Maria has worked in a variety of settings in outpatient mental health and supportive housing, both in the capacity of psychotherapist and clinical supervisor. Maria is a board member of The Metropolitan Society of Psychoanalytic Psychotherapists (MSPP) and Metropolitan Institute for Training in Psychoanalytic Psychotherapy. She has presented workshops on Immigration and systemic racism for both institutions.

Bhatia, S., & Ram, A. (2009). Theorizing identity in transnational and diasporic

Tummala-Narra, P. (2016). Names, name changes, and identity in the context of migration. In J. 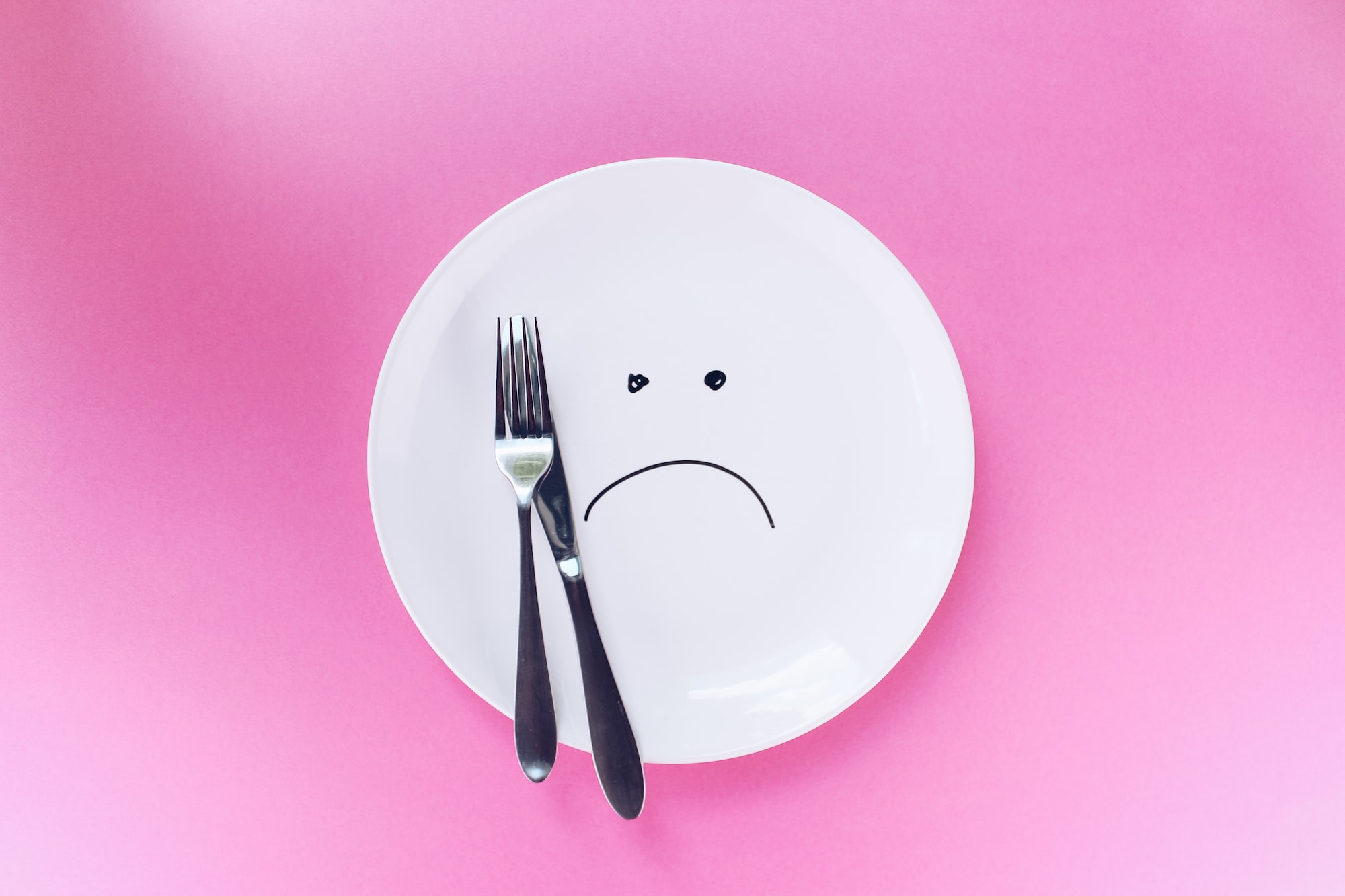 The New Year has arrived and the festive season is already feeling like a distant memory, of which the only reminders are the stray fairy lights you forgot to take down, a pile of presents that don’t yet have a home and the extra pound or two of mince 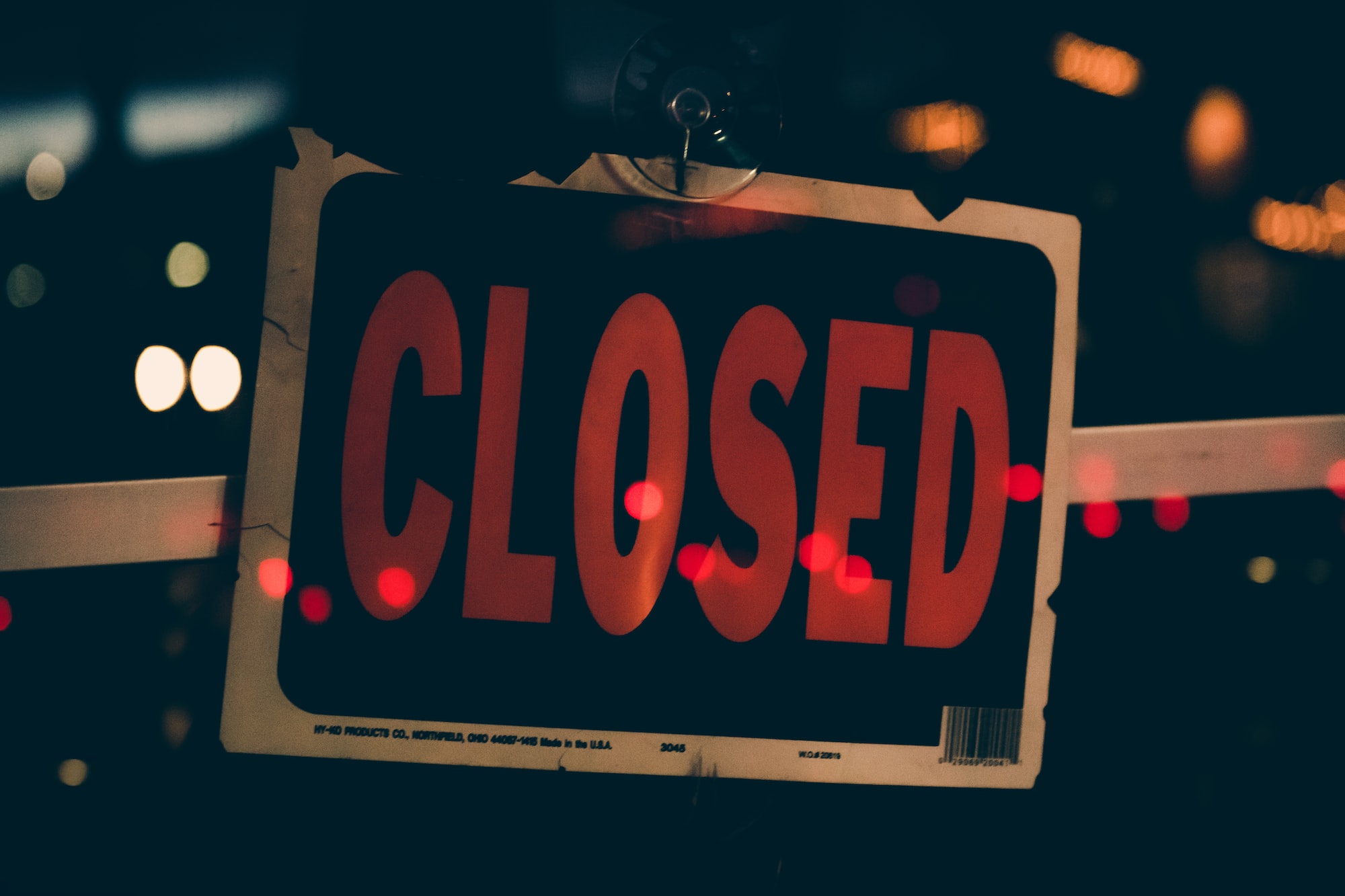 Like anyone else, therapists, counsellors and psychologists need regular breaks, in order to be happy and healthy, as well as to work to their optimum. This said, as soon as they begin working with a client they are obligated to look out for the client’s safety and wellbeing until 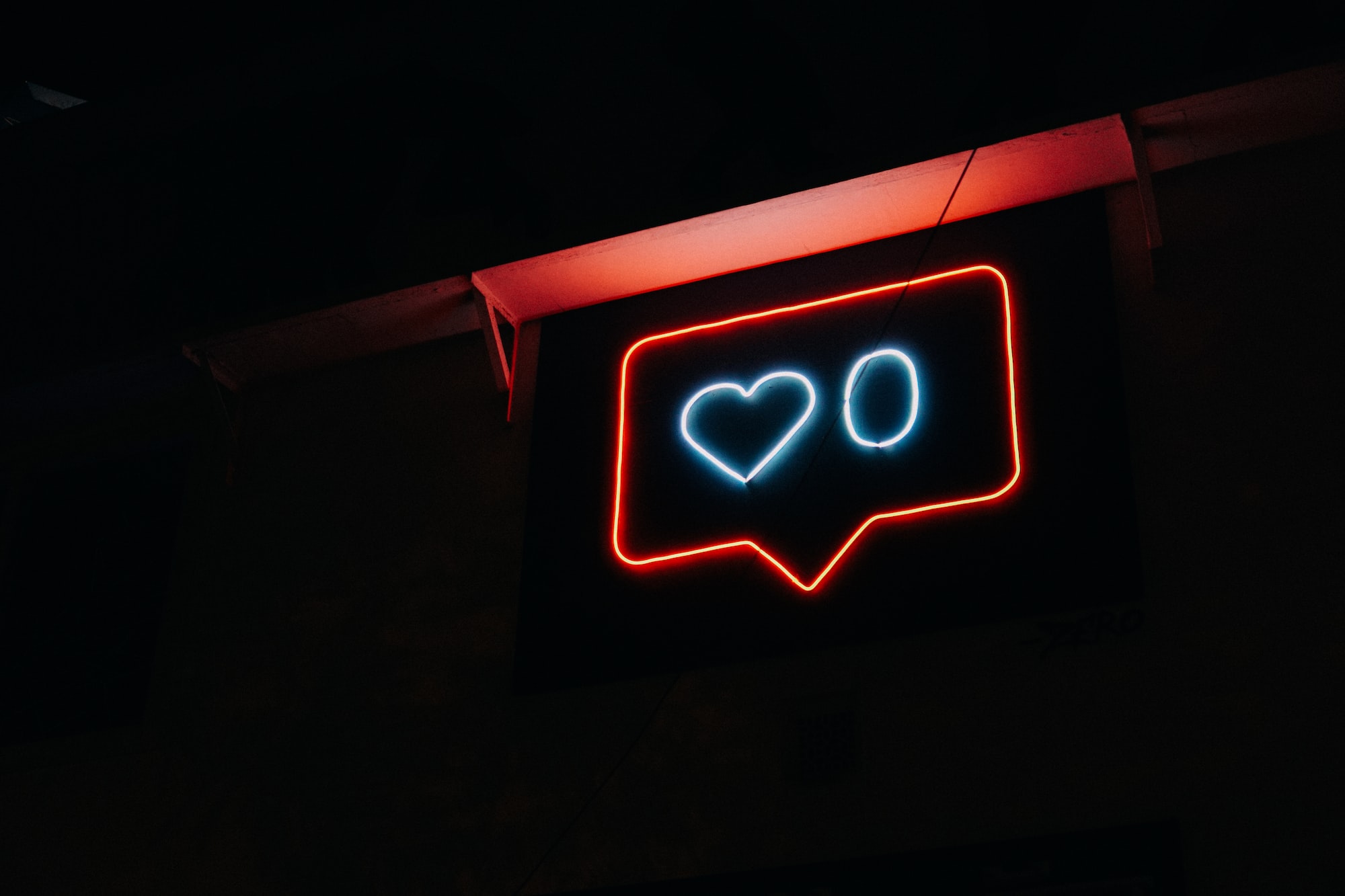 It seems that the tide is finally turning on “victim blaming”. In recent years we've thankfully seen a strong and public pushing back on the idea that victims of assault, rape, hate crimes and more are somehow at fault for the terrible things that have happened to them. We are